DELIVER SERVICES WITH A SMILE

ITSM TOOL WITHIN YOUR OWN MICROSOFT TENANT

Of course we understand that replacing your ITSM ticket system is a strategic and difficult choice. A lot of money and energy has been invested in it over many years. We've known all ITSM systems for at least 20 years, and experience has taught us that replacing ITSM systems is postponed as long as possible for a number of reasons:

With the emergence of Cloud services, the Microsoft unless strategy, the increasing purchase of services 'as a service' and the great desire to offer more and more self-service, we see that the importance of managing from the ITSM ticket system is growing strongly. At the same time we also see that the familiar ITSM systems are unable to meet these needs. TransitieProfs' mission is to help you direct digital innovation from your ITSM ticket system. How wonderful it would be if the above-mentioned pain points relating to a replacement project could be resolved and your organisation could then have an ITSM ticket system that meets all your requirements and wishes: simply because you can develop much more quickly from the world standard of Microsoft.

With ITSM360 you replace your current system with pleasure

We have found the solution and approach for you: ITSM360 in combination with the experience of TransitionProfs:

A simple Proof of Concept trajectory (PoC) with ITSM360, built alongside your ServiceNow, TopDesk or other ITSM system, in which we first demonstrate all the desired functionalities and improvements. This has the following unique advantages:

Finally, we would like to come back to the motivation that often weighs the most:

We are all used to TopDesk or ServiceNow, so getting used to them again would be too much of a hassle and not enough of a benefit.

This too is a thing of the past: by deploying ITSM360 first as a Proof of Concept alongside your existing solution, together we create an interpretation in which all those involved, both ICT and end users, can get used to and learn at their own pace. Because ITSM360 is built entirely on and integrated with Microsoft 365, all those involved are immediately familiar with the environment and enthusiastic about its intuitive operation and possibilities.

Only when you are really convinced and decide to fully implement ITSM360 is the step to 'live' very easy:

After ITSM360 has been fully set up, TopDesk/ServiceNow can simply be 'deployed'.

Because of these advantages, it is no longer necessary to postpone replacement of your ITSM ticket system - quite the contrary:

The Value of ITSM360

Want to know why more than 250 corporate organisations and large institutions want to build their ITSM with our Microsoft integrated solution? Make a no-obligation appointment and we will be happy to show you the power and simplicity! 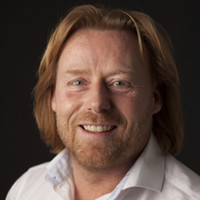 Keep up to date

We like to keep you informed about new opportunities, projects and use case scenarios